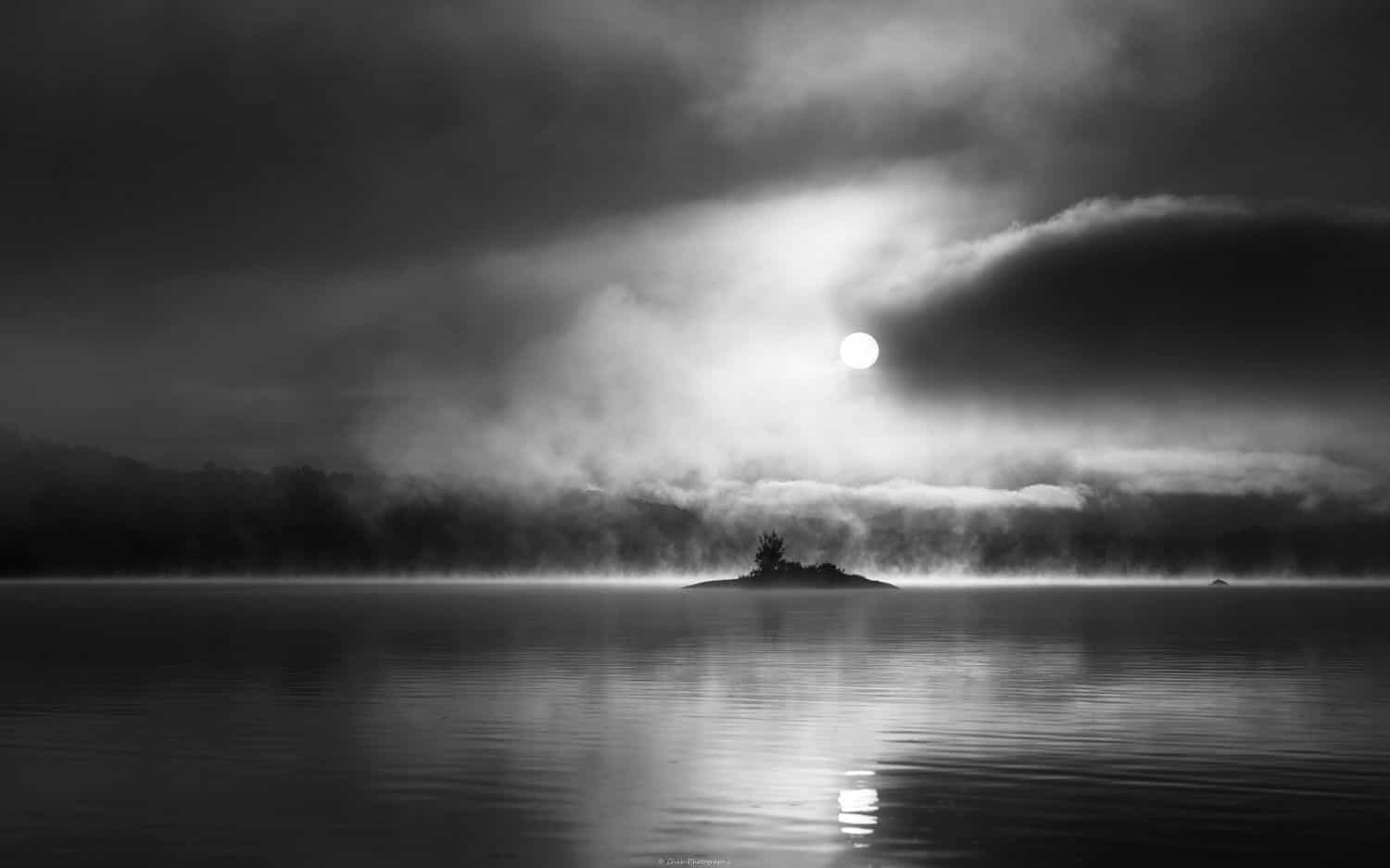 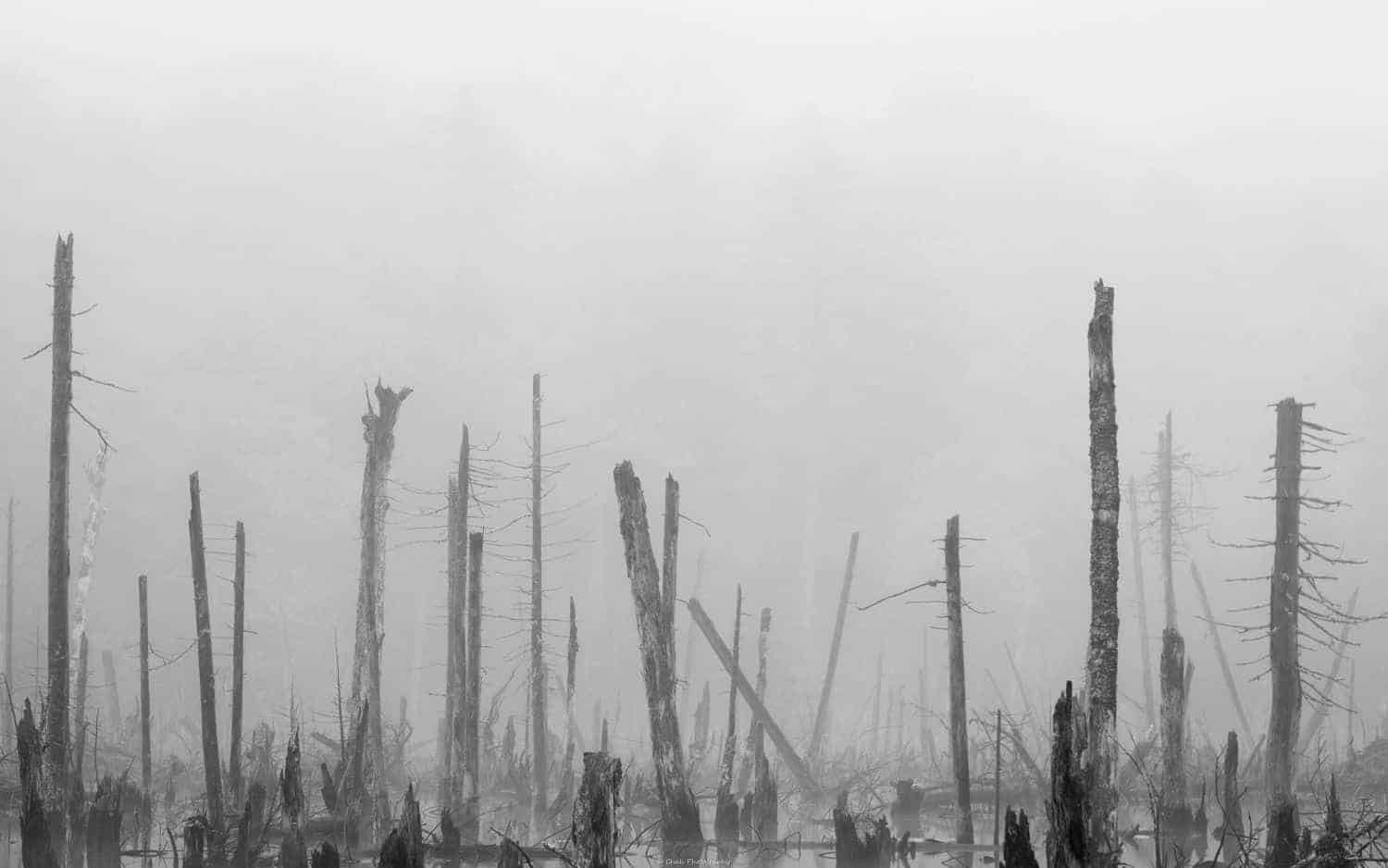 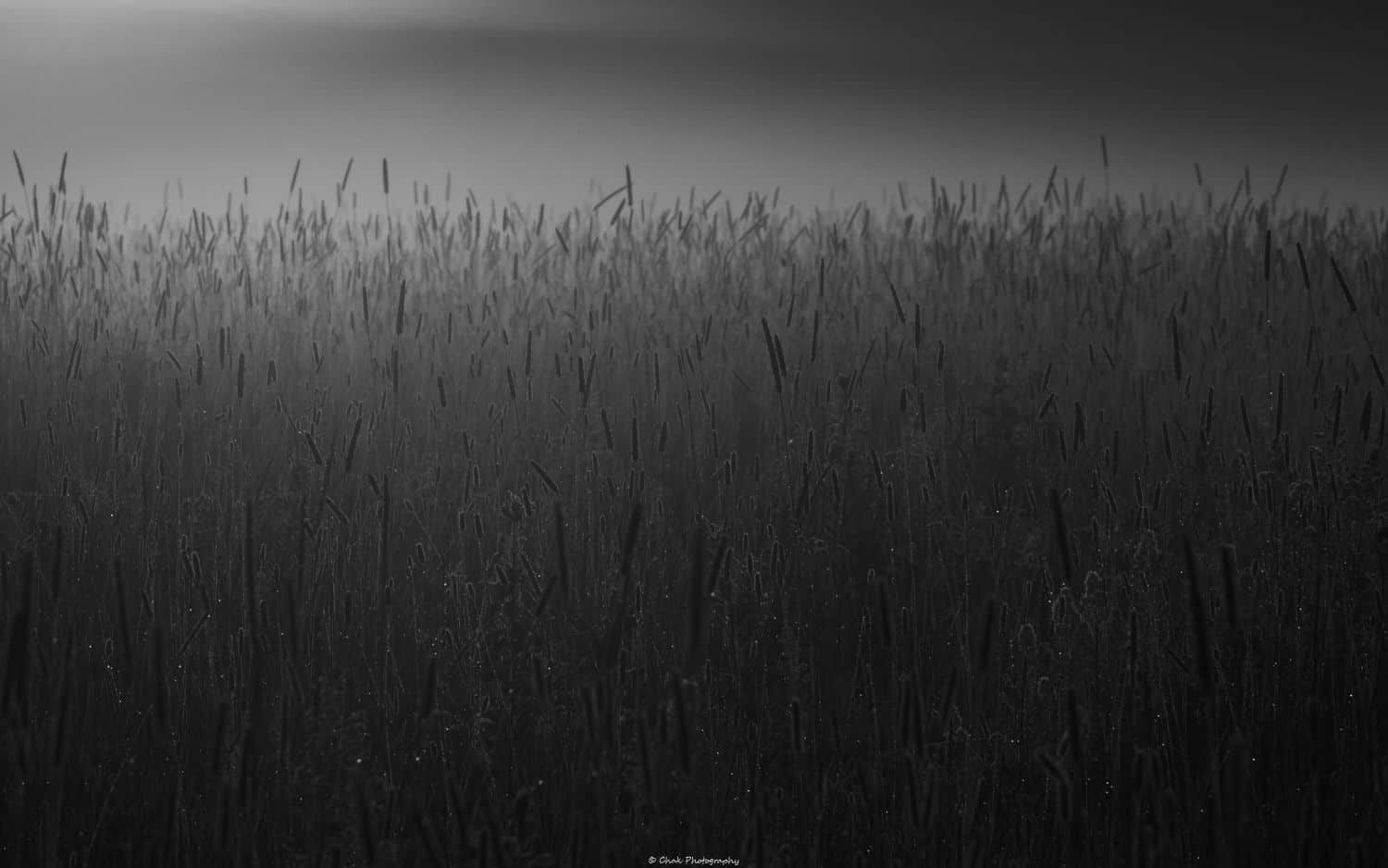 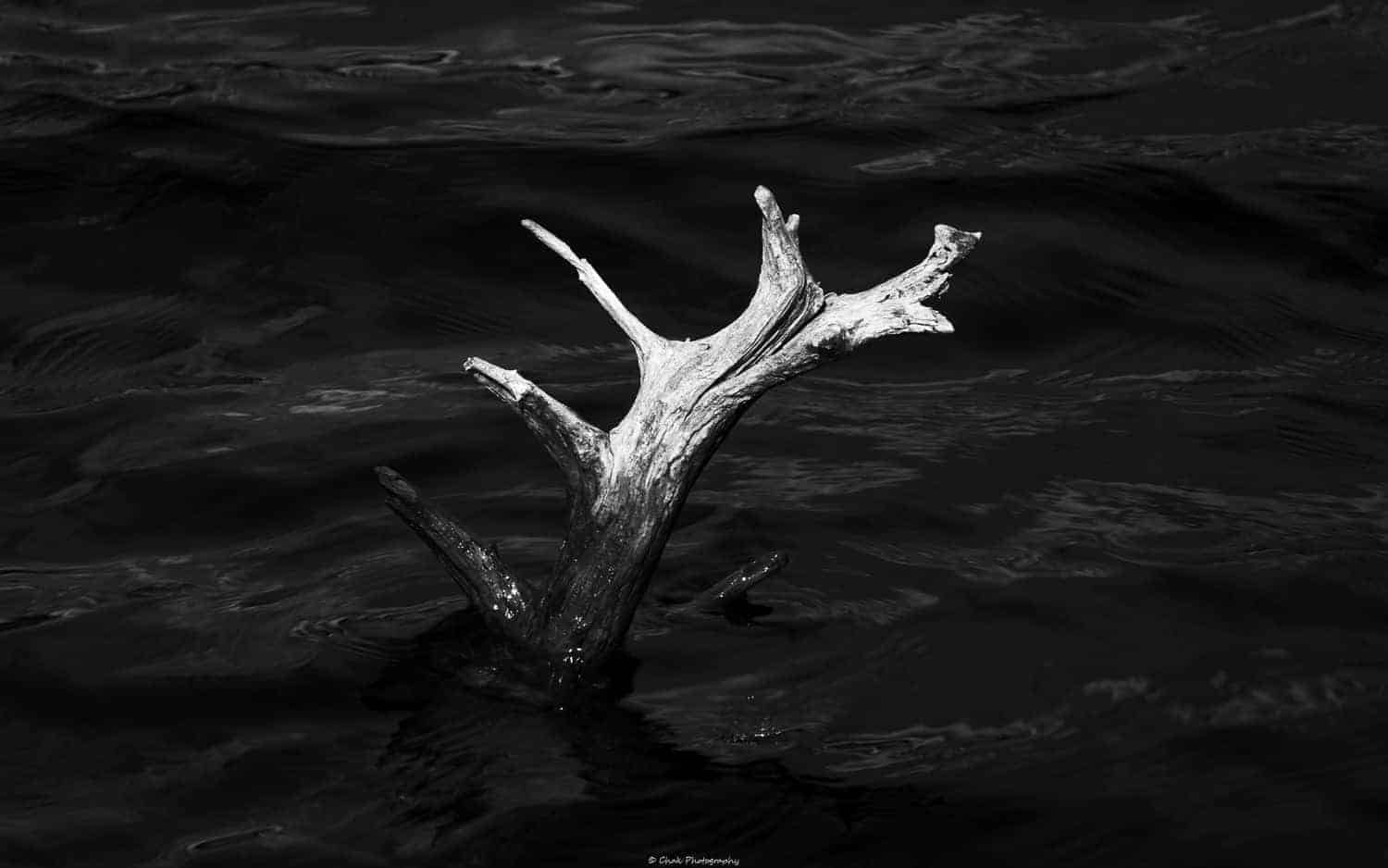 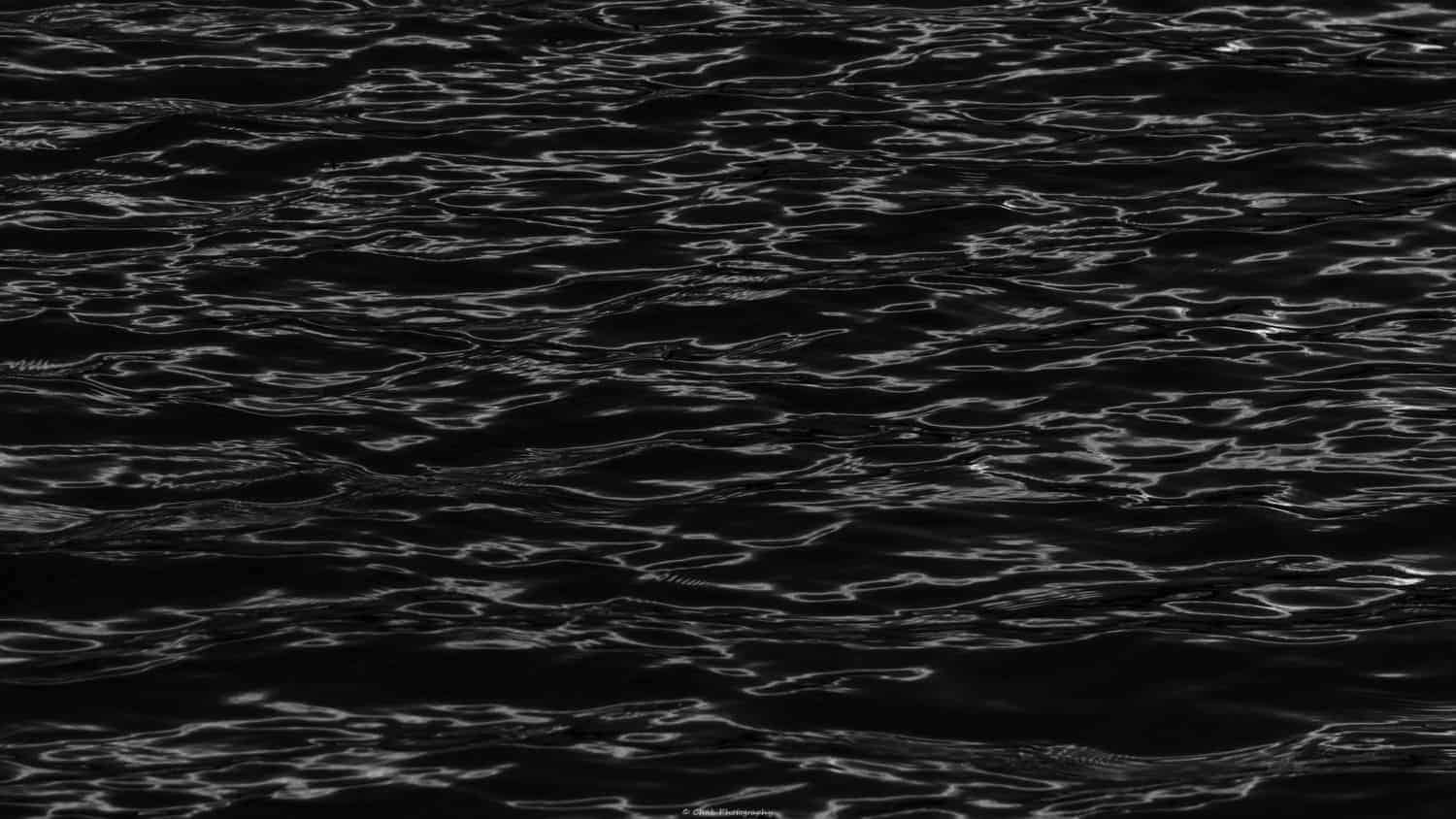 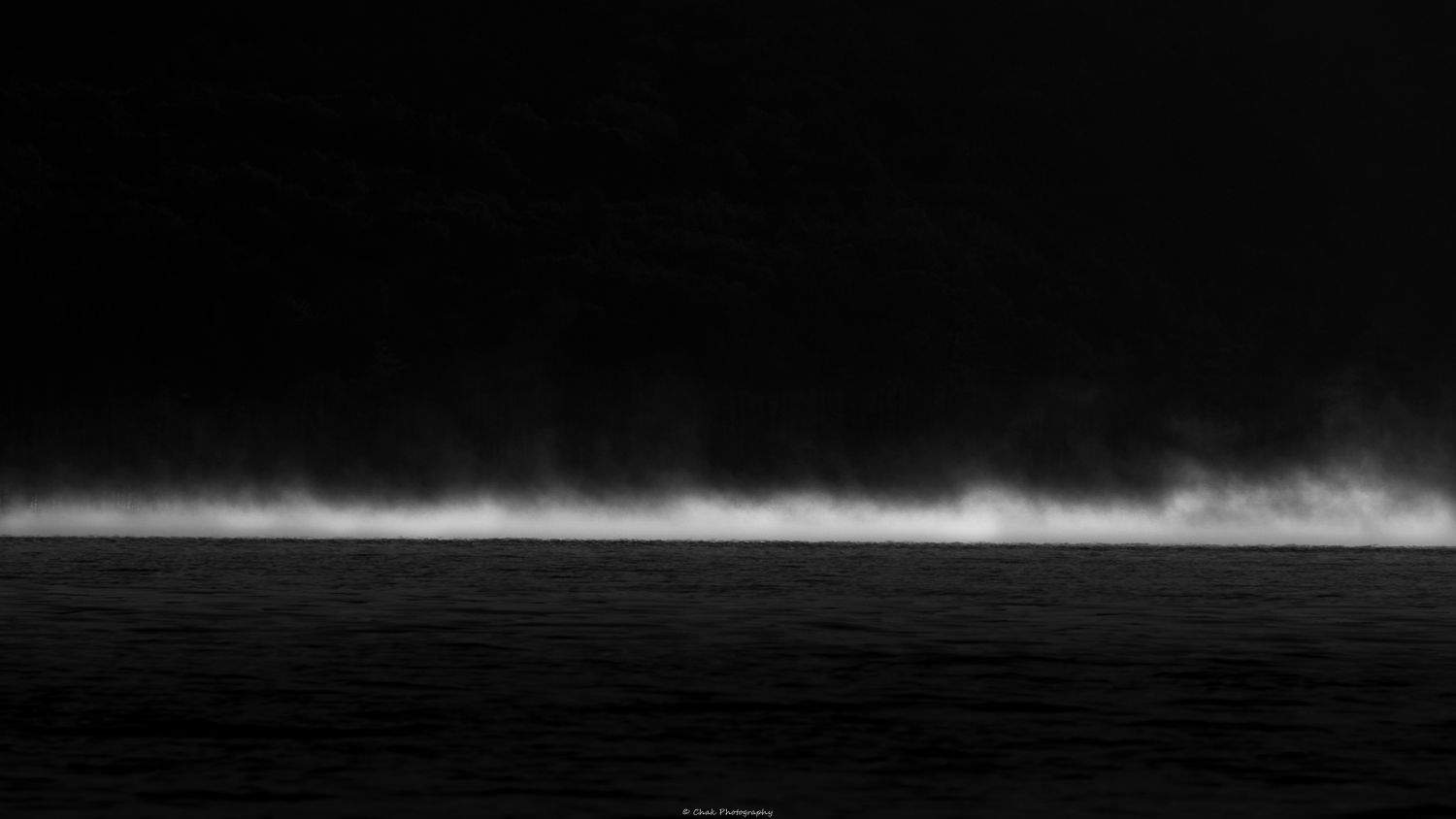 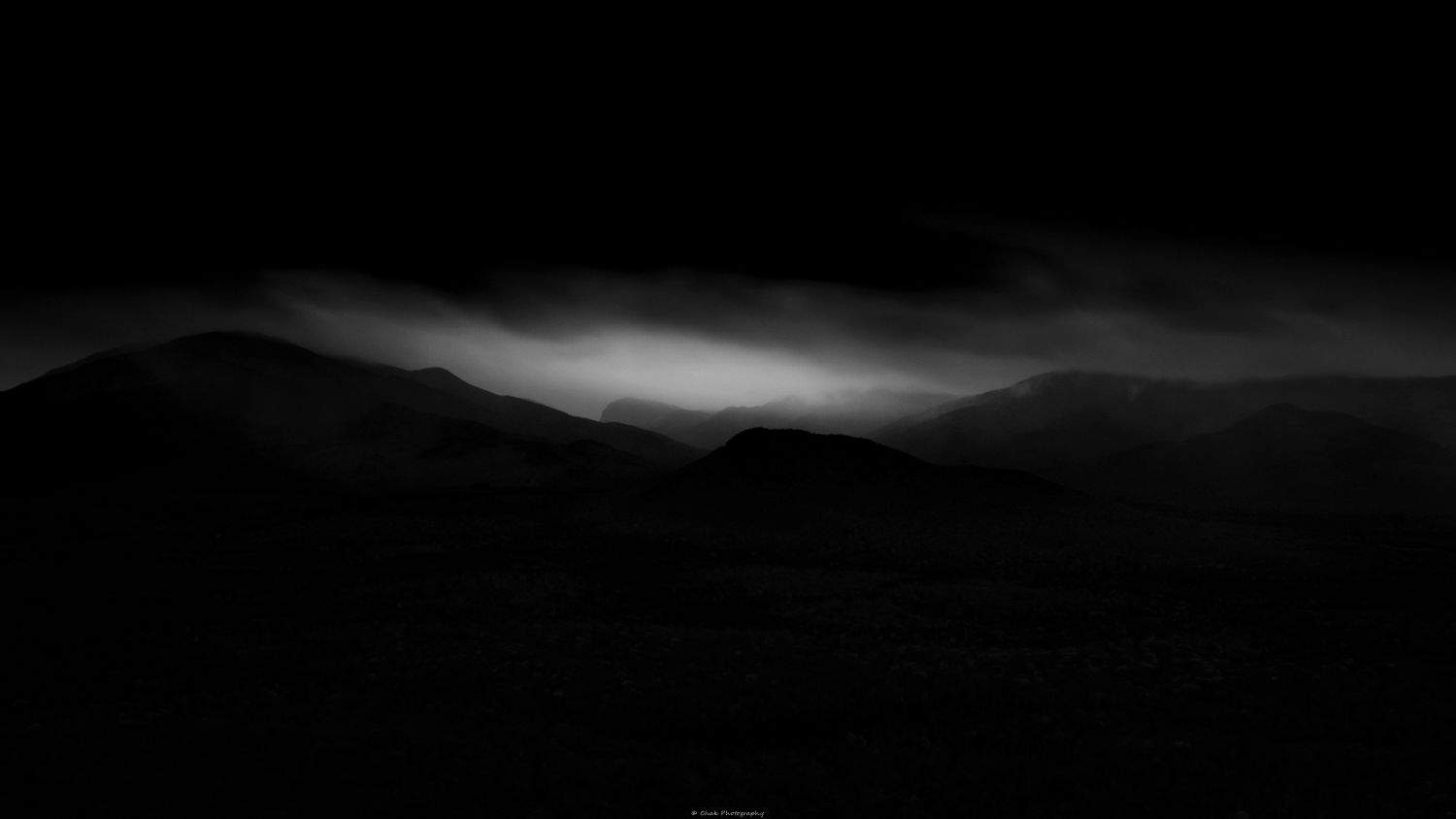 When we talk about concept photography we usually think of one-off clever images. If you are a fan of 1970s rock music and associated album covers, then you will recognise the images of Pink Floyd and Led Zeppelin as such.

Less seen is the photographic approach which Saikat has crafted for Adirondacks: A Forever Wild Affair?  Here Saikat uses the perfect alignment of concept, image and text to create a narrative that brings to life environmental concerns in a thoughtful and imaginative way.  Saikat achieves this both with a deftness and directness that is rarely found in text and image presentations.

The photographs are individually interesting in themselves whilst also fitting in within the overall tonality of the sequence.  The minimal approach to subjects and compositional directness allows space for the accompanying text to resonate.  The end result is powerful on an emotional level and it truly cuts through with its message.

Narrative achieved in this way is an undernourished photographic art form, but it’s well worth exploring.  After the sequence you can read Saikat’s responses to some thoughts I put to him.

“What is the use of a house if you haven’t got a tolerable planet to put it on?”

The Adirondack region of upstate New York is six million acres of pure gem, much of which is protected by the ‘Forever Wild’ clause of the New York state constitution. Every time I visit this place, I cannot help but think that this is a timeless wonderland. However, that is not true. Rampant logging and deforestation almost denuded this place until preservation and conservation efforts helped protect this place. It would also be wishful to think that this place, or any place, will survive without our active choice of living in harmony with Nature. In the current times, when our activities are even more interlinked, the consequence of our actions, however removed in place or time, will be felt everywhere. Global warming and climate change do not discriminate; a factory in the west coast contributes to rising carbon dioxide levels which potentially translates into longer summers and dry season, rise in ticks, shorter winters etc. in the Adirondacks.

2065 A.D. Wildfires have been raging for about four years.  Much of the pristine wilderness of the High Peaks is all but a memory.  Thick smoke blankets the Adirondacks.  A thin sliver of the forest in the horizon is now burning at a rapid pace.  All efforts at containing the fire have now been deemed as a lost battle.

It all started on one of the last clear Spring nights in 2061. People now fondly recollect the stars they witnessed that night, oblivious of the fact that this would probably be the last in their lifetime. A decade from this night, the name ‘Whiteface’ is now considered a misnomer. 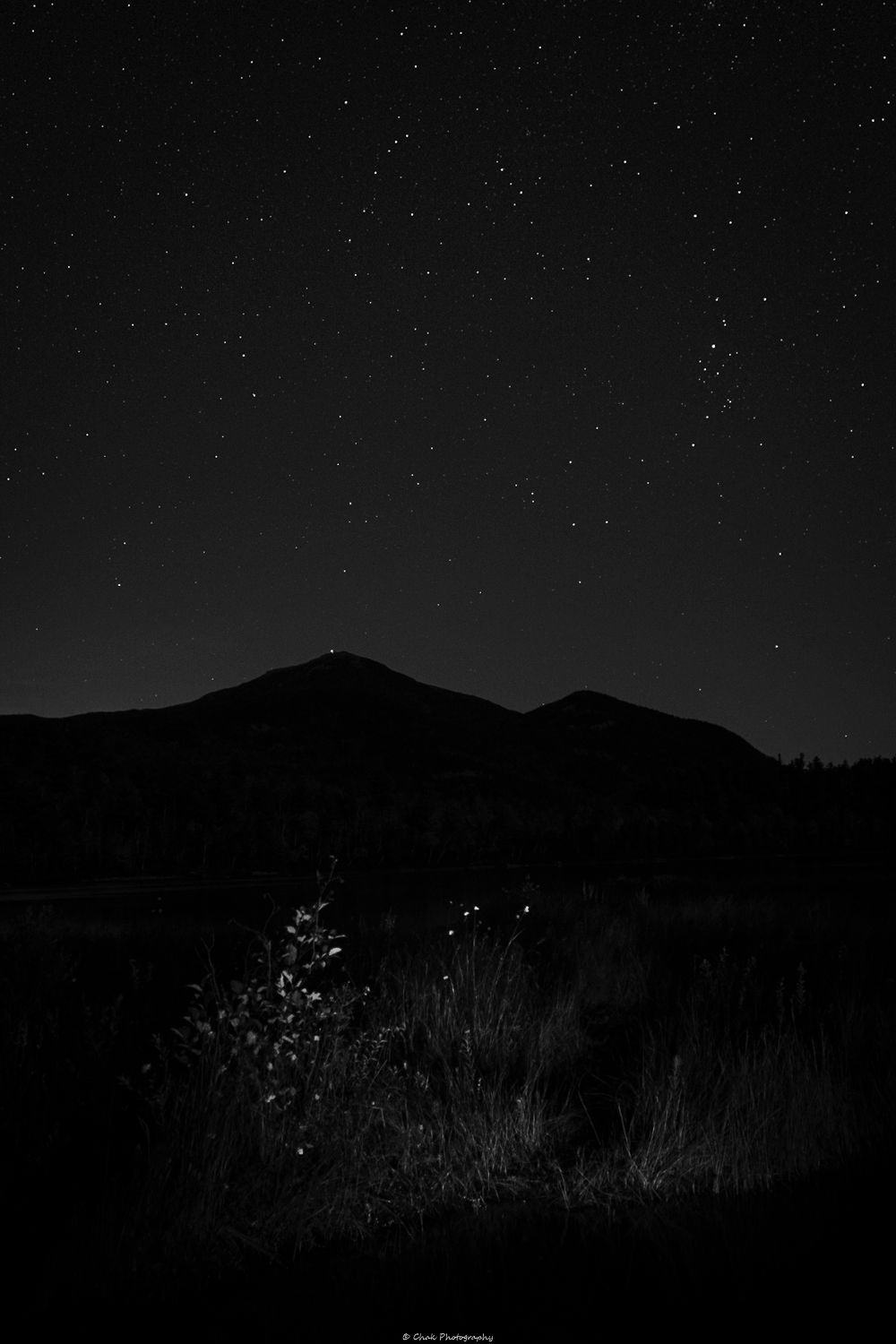 The clear night soon turned cloudy with the approach of dawn. This was becoming an increasing occurrence due to smog and air particulates from surrounding areas. The Adirondack lakes did put up a fine show of mist. Only this time it lingered on longer than usual. The Sun was finally able to pierce through the blanket, about three hours after its stipulated time.

The clear and cloudless stretch of a mild winter with minimal snowfall of 2061 had finally showed its fangs, thus confirming the fearful suspicions of the ecologists. A small spark in the forest floor at the beginning of Spring soon started a cascade of wildfires. The source of this spark was never confirmed. 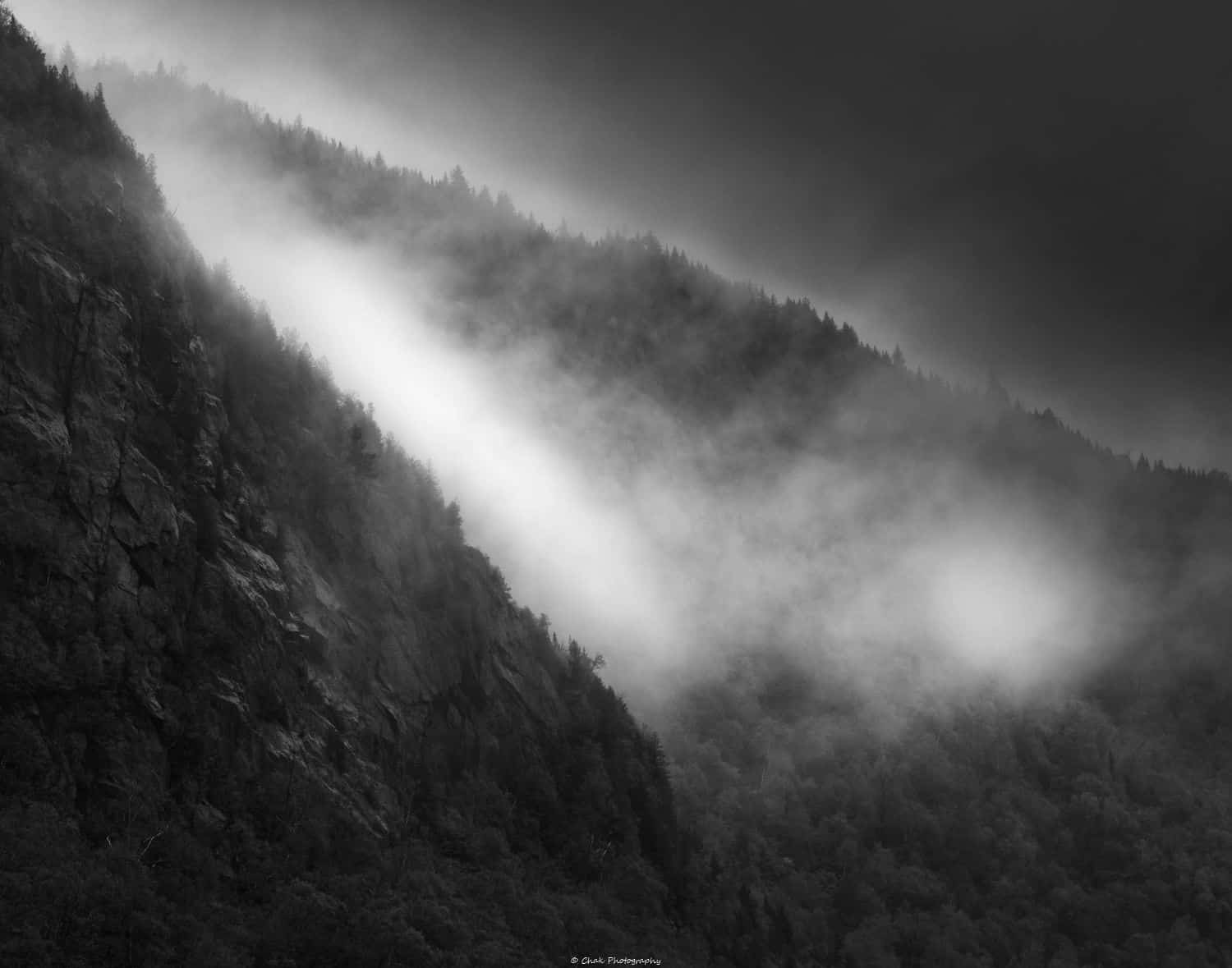 The fresh foliage, however little that bloomed in the short-lived Spring was soon reduced to ashes leaving the denuded trunks to bear the burden of shame. It did seem as if ‘winter made its way back into invincible summer’.

The farmlands, a source of livelihood for some residents, were doomed; all that remained was a sore to the eyes, and one that would soon make its presence more literal in the hungry bellies.

2068 A.D. The pristine rivers of the Adirondacks now move slowly, weighed down by the mud and decaying vegetation from the erosion of their banks. The Sun can be hardly seen anymore through the smoke, making the surface of these waters dark and foreboding.

In some shaded areas at the higher elevation, there are miniscule patches of snow. Under normal times, they would have melted into slush and mud, slowly making way for grass and wildflowers. Now, in the absence of light and warmth, these small patches are waiting indefinitely for resurrection. 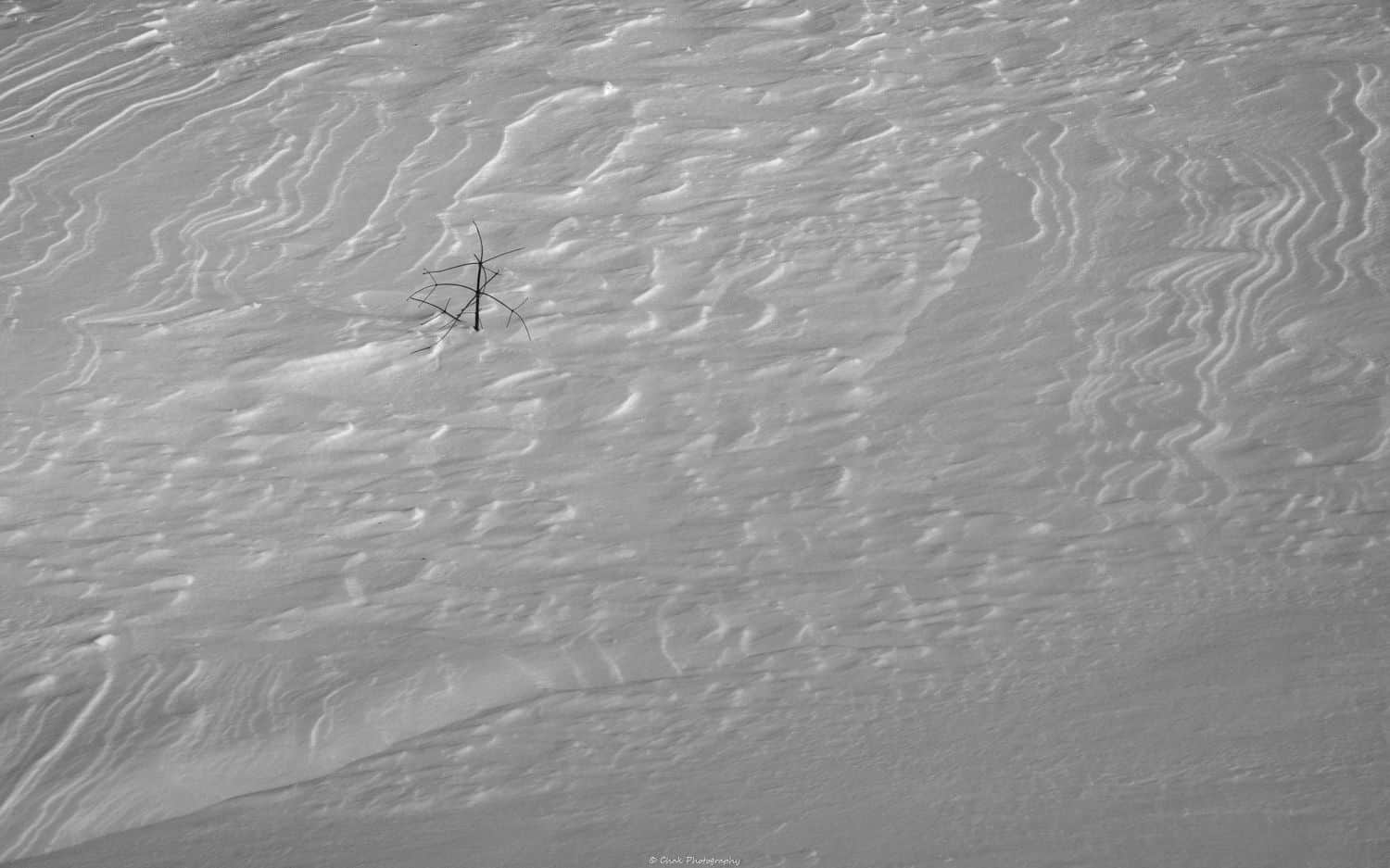 2070 A.D. The loons have completely shunned the Adirondacks. A few unfortunate ones that are trapped, unable to find their way back through the haze from the wildfires, are awaiting an inevitable fate. 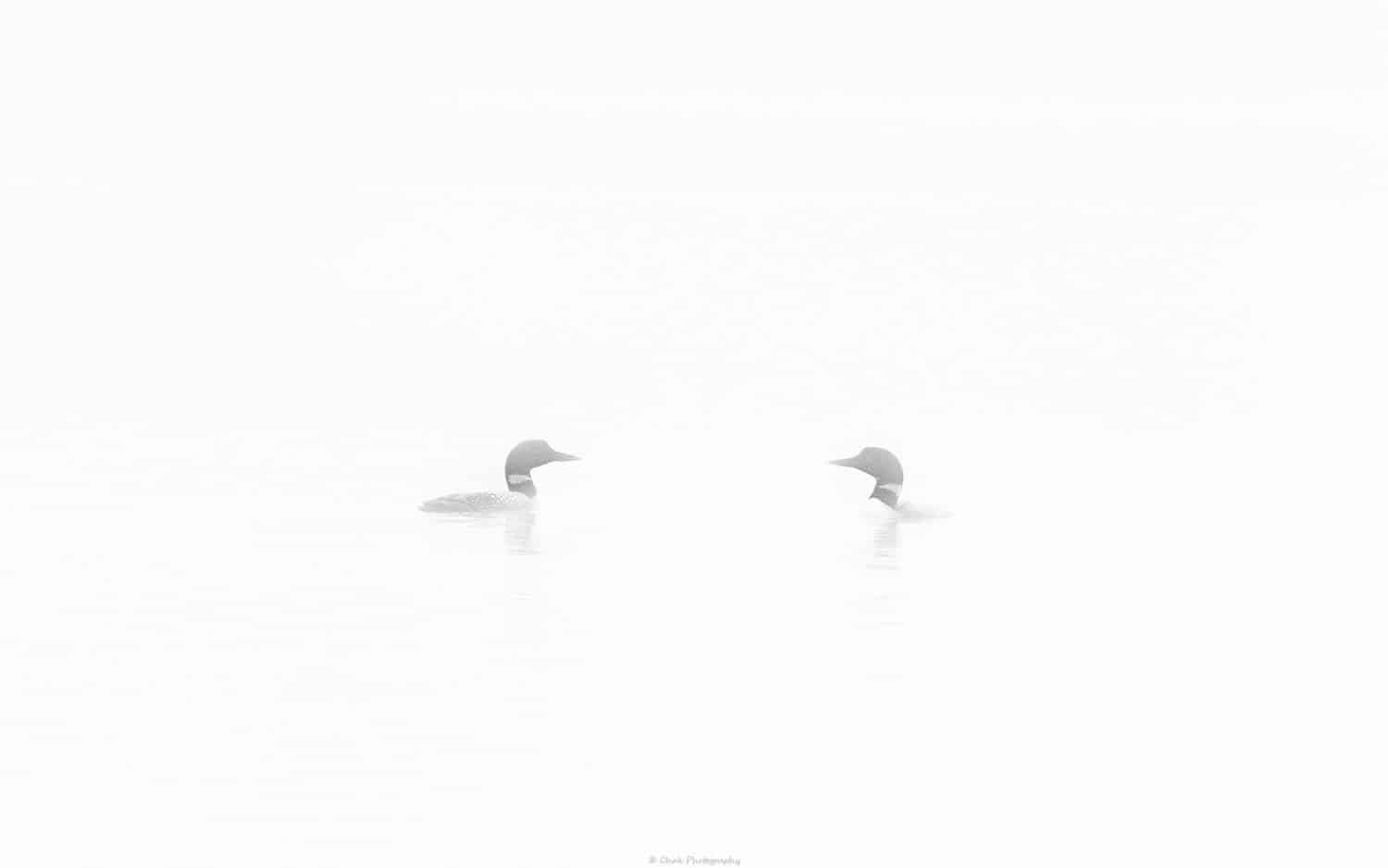 The watering hole that was once a favourite destination of the iconic moose is now undrinkable due to high concentrations of sulphates and iron oxides. Moose sightings were always rare in the Adirondacks and they are now believed to have been extinct from the area. 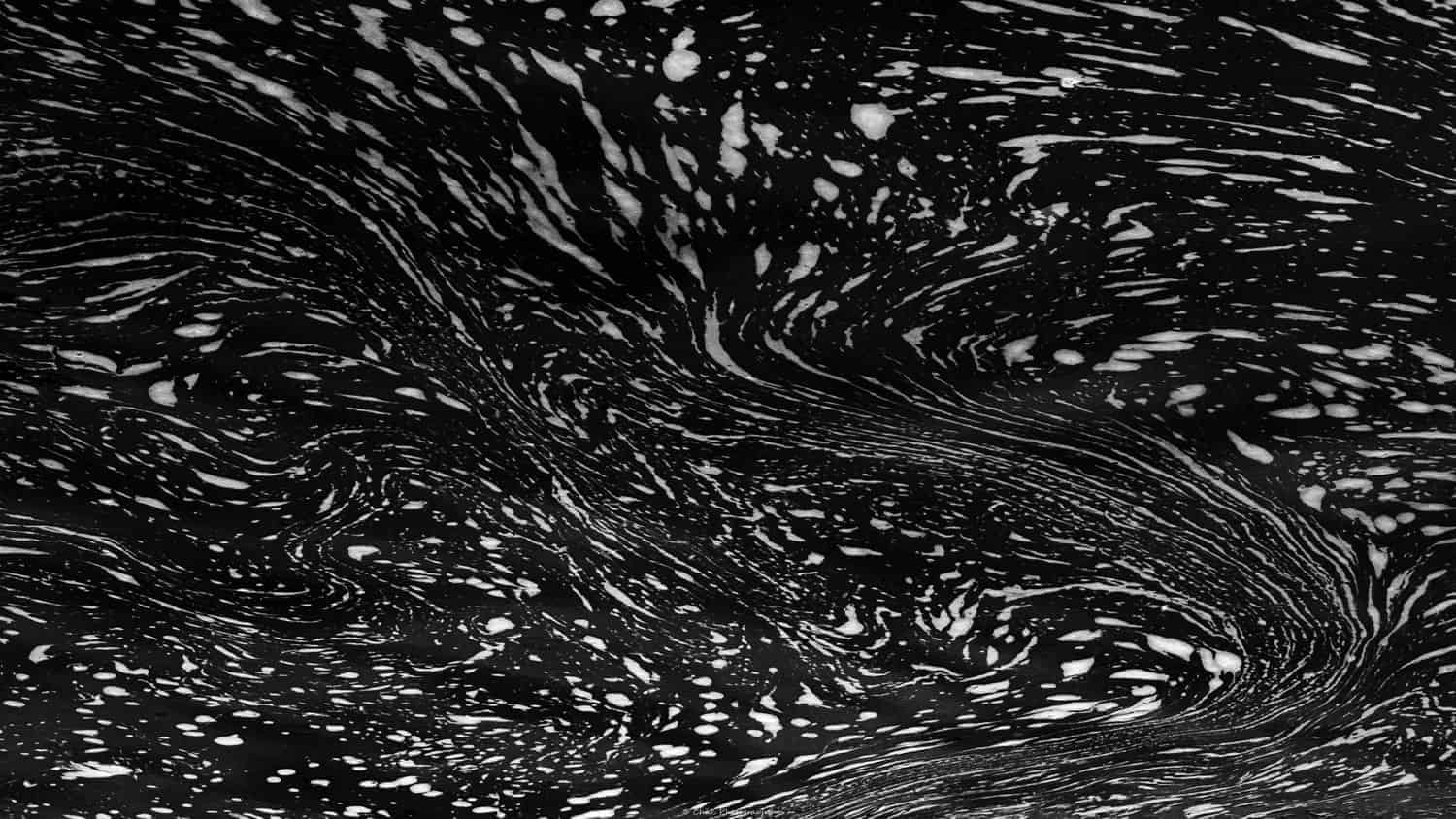 2071 A.D. After a period of continuous burning for ten years, the wildfires are finally starting to subside. After scorching through the entire forest preserve, it has run out of fuel. The thousands of miles of waterways also helped halt its progress, long after humans had evacuated the region and gave up the fight.

3001 A.D. A generation has grown up on rich stories of a place that was. Another generation has breathed their last with the dim hope of going back to add one last chapter to the story. But they were disappointed. As was the place with them.

Now, three decades hence, in the absence of prying eyes, a lilypad springs into life in the waters of the Adirondacks.

Hush. Let it be. Forever wild! 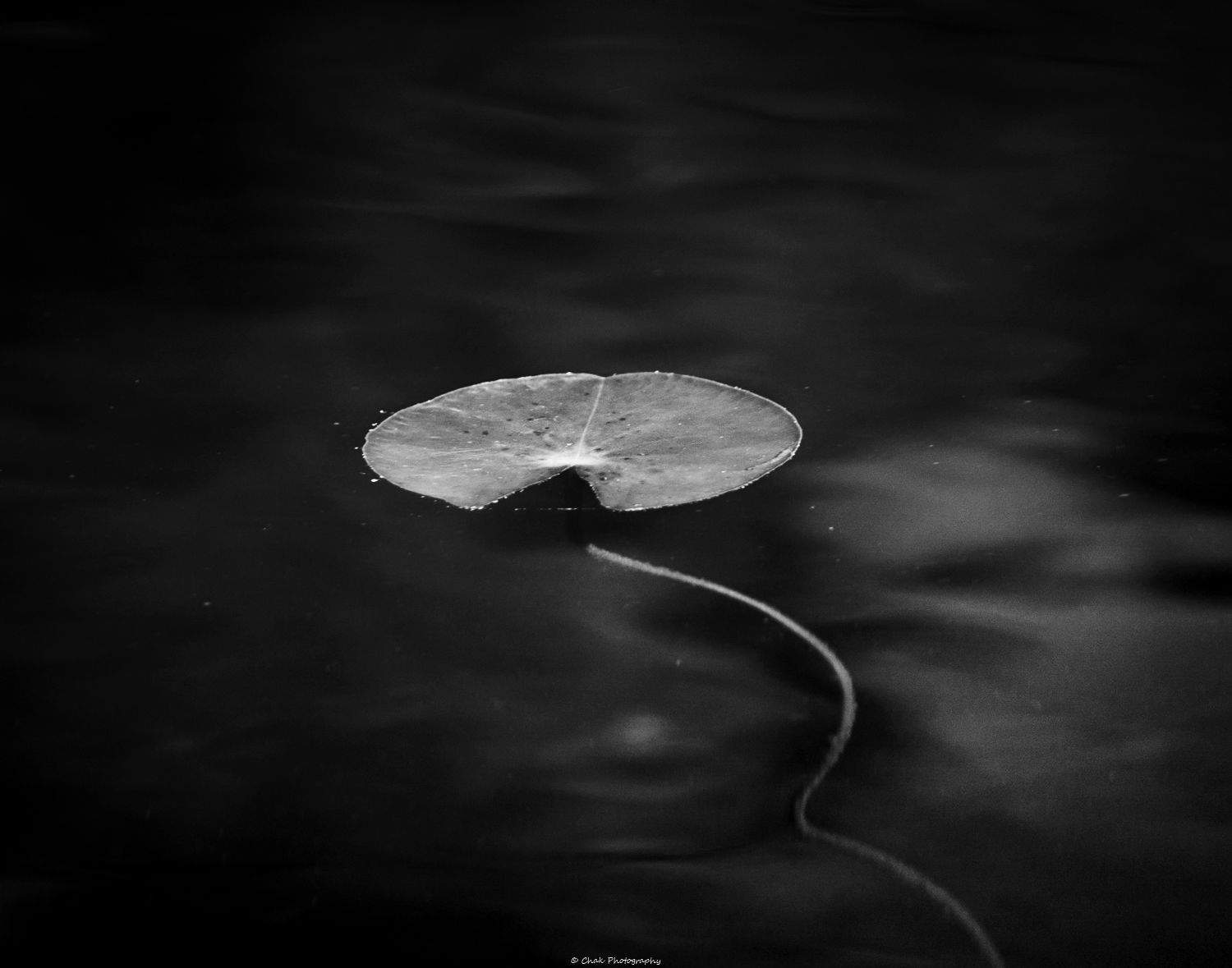 Which came first, the images or text?

The images have been assembled from years of exploring the Adirondacks wilderness before I thought of the text in this context. In a chronological sense, the images indeed came before. However, as I started thinking of the theme and writing out the text, I started looking through the catalogue for images that seem most appropriate.

Did the sequence emerge organically or did you have a scheme mapped out?

I have an academic background related to Environmental Chemistry and I have been coming to this place for years, so I already had some understanding of the ecological concerns specific to this area, and climate change in a global perspective. I wanted to touch on some of the broader topics such as wildfires, contamination of waterways, and harm to the flora and fauna. While I did not actually map out a scheme, my background certainly helped me develop the sequence.

The images have a directness and simplicity that many established photographers cannot readily incorporate, as their compositional approach is layered with complexity. Did you simplify through post cropping or are they originally as seen?

I used to shoot a lot of wide-angle scenes but for the last two to three years, I try to make images with intent which has resulted in the use of a telephoto lens to isolate the elements that have the most impact. I have done some post cropping in instances where the composition was beyond the reach of my current telephoto lens but for the most part, I kept the original. Returning to the same location repeatedly was also helpful as I was not distracted by the awesome grand vistas every time and I could focus on the intimate details in the landscape.

The processing work is excellent. What thoughts did you place on this aspect?

Initially, I thought of doing this in colour as I was inspired by some gloomy, dystopian imagery in various movies and series (such as the heavily acclaimed ‘Chernobyl’). However, I was not satisfied with the work as I lacked the necessary skills to achieve the look I wanted, and I felt that colours were still a distraction. Climate change and its detrimental effects is a complex subject and I hoped to convey it as simply as possible. While I believe that relying on issues specific to a wilderness area and a minimalistic composition simplified the message, it still needed some sharpening to emphasiSe the message. I thought this was best achieved by processing in monochrome so that there is no distraction from blue skies or green meadows. Also, the landscape as we see it now is pristine and lush, and if I kept the coloured version, the readers might think that it all looks well and there are no imminent dangers. I believe the monochrome processing helped convey the sombre mood and paint a bleak future. I also kept the contrast high for most of the images to create a deliberate impact.

The tone and the message is well judged and not too heavy handed, allowing some ambiguity. I think this for me is a big part of its success. Was that something you deliberately incorporated?   ‘Moose sightings were always rare in the Adirondacks and they are now believed to have been extinct from the area’.

Yes, my intention behind this was to shed some light on the potential issues and raise awareness to do better. I am certainly not an expert on climate change, and I did not mean to sermonize and instruct others on what needs to be done. Climate change and its effects are not binary issues and there are a lot of interconnected strings. Without serious analysis, we can never draw scientific conclusions and even they might change when we have new data. However, through the imagery, I hoped to narrate a possible story set in the not too distant future as it is sometimes hard to visualize what happens underneath when everything seems to be well on the surface. I sincerely hope that the readers will look at the broader picture and strive to do the best they can to make it better, as will I.

Saikat very kindly allowed us to reproduce his project in its original form as first published on his blog: https://saikatchakra.wordpress.com/ 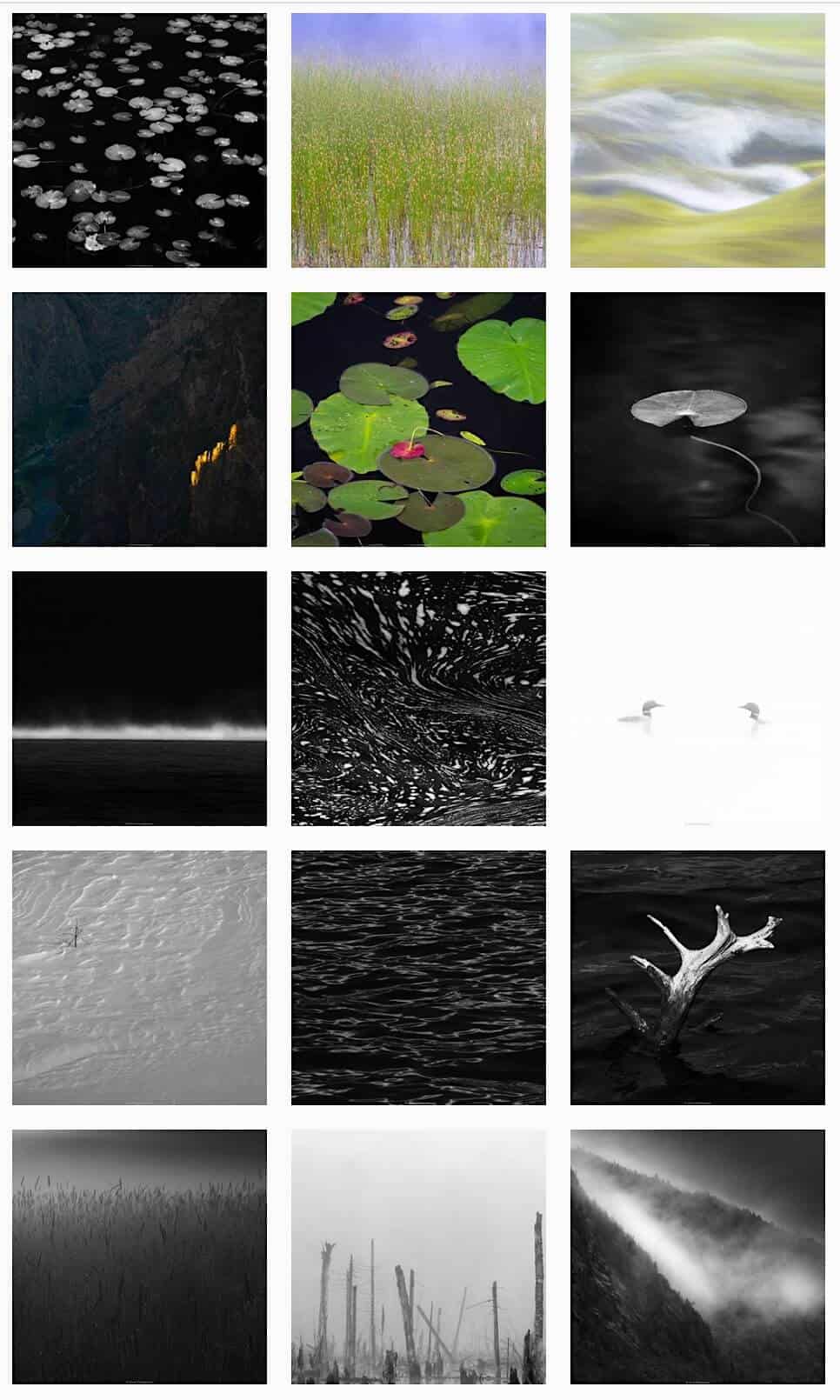